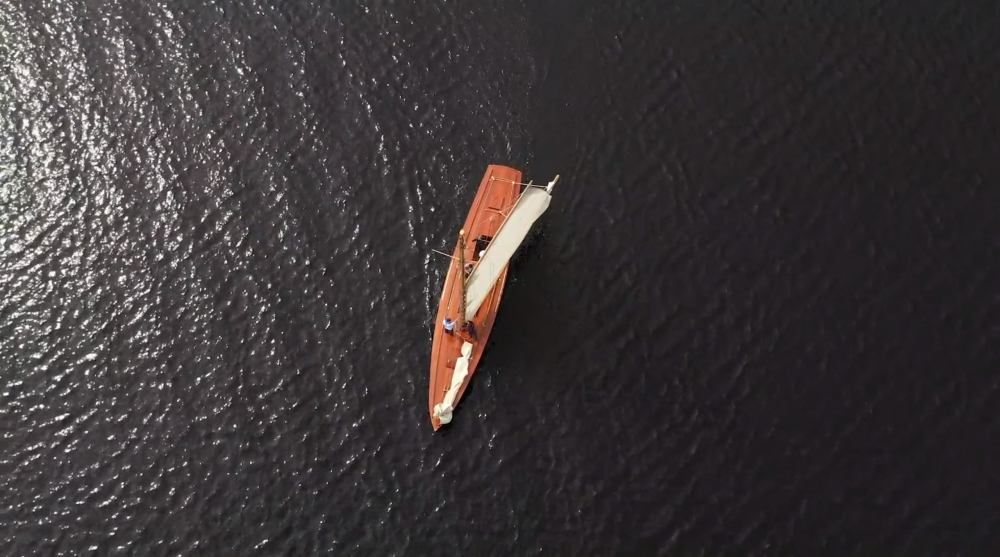 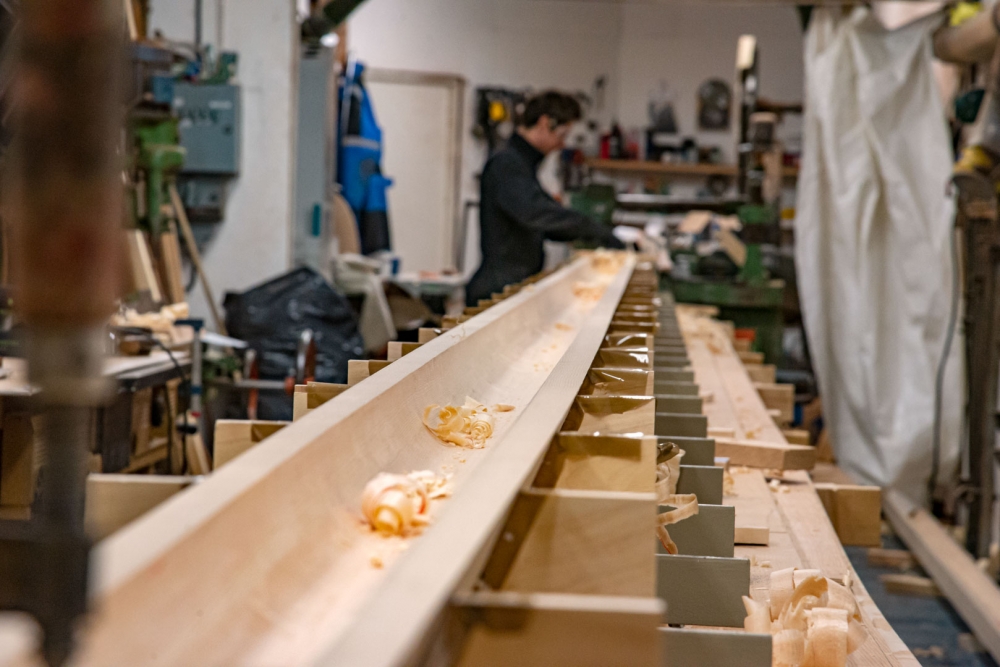 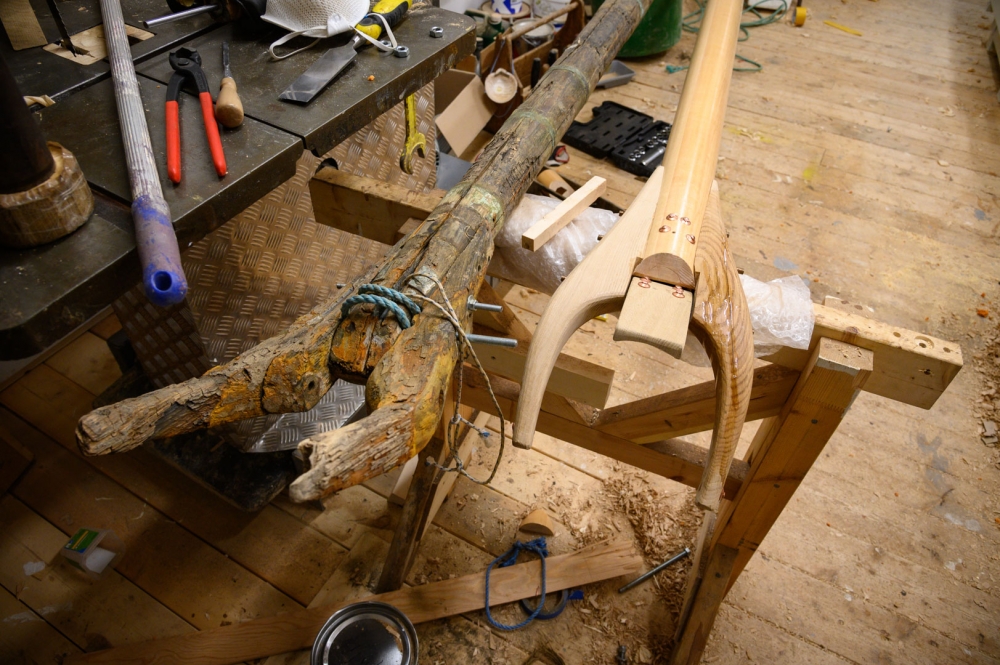 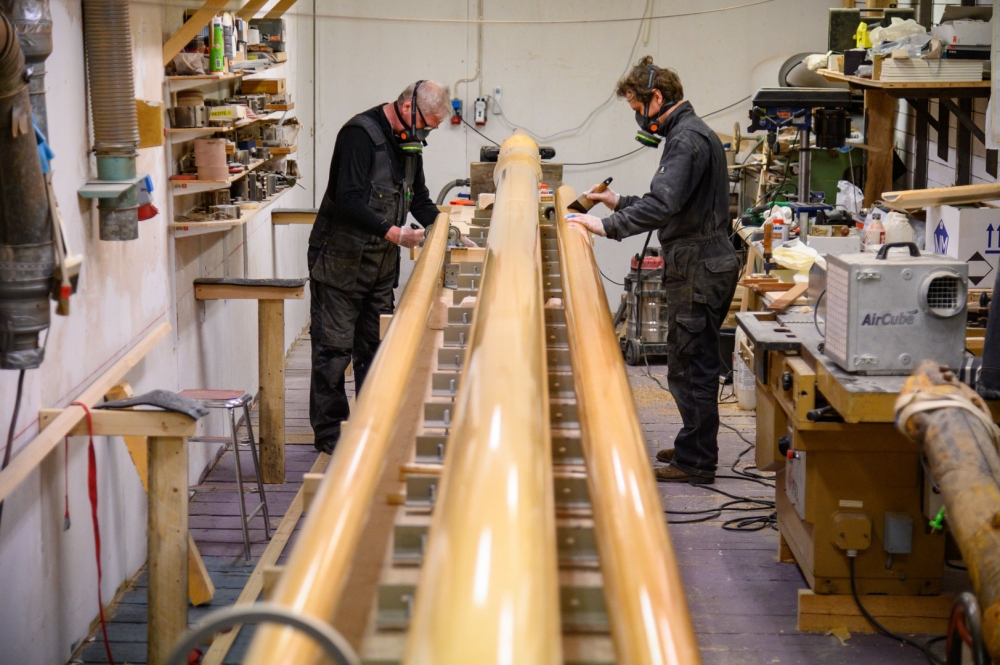 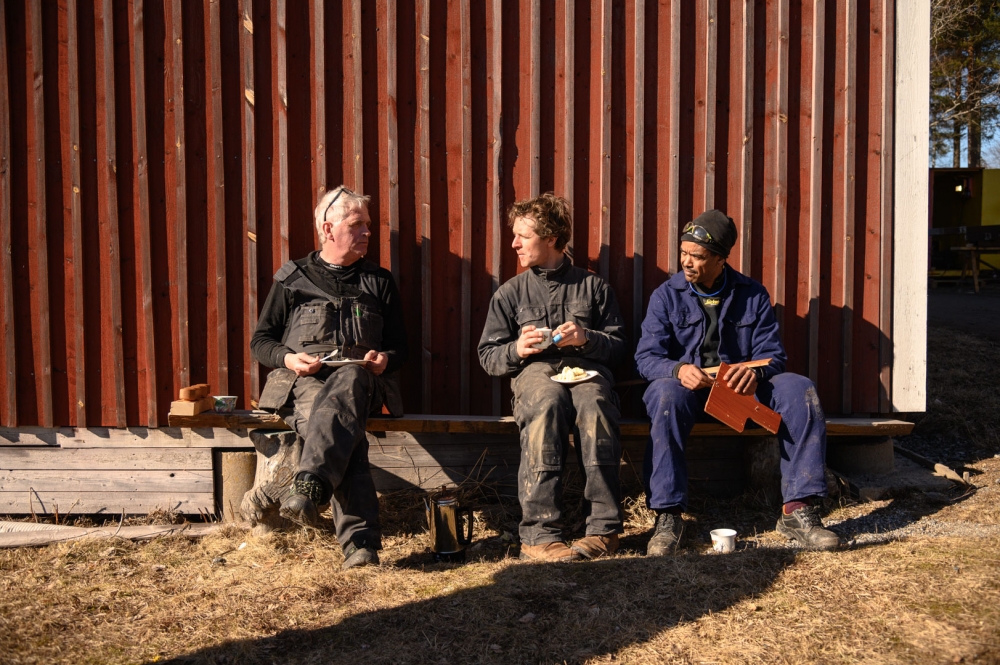 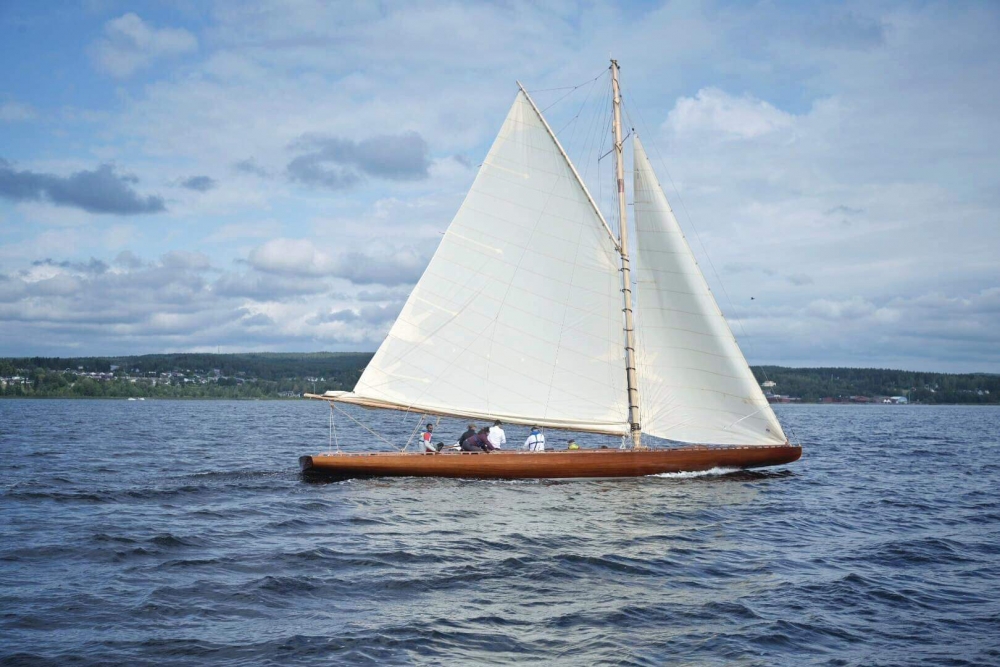 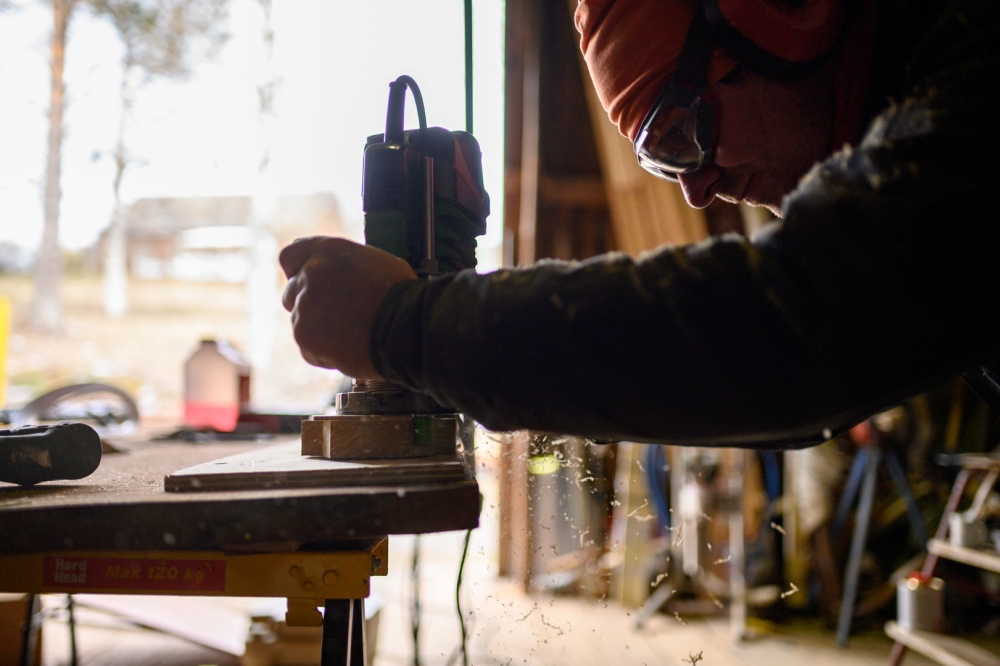 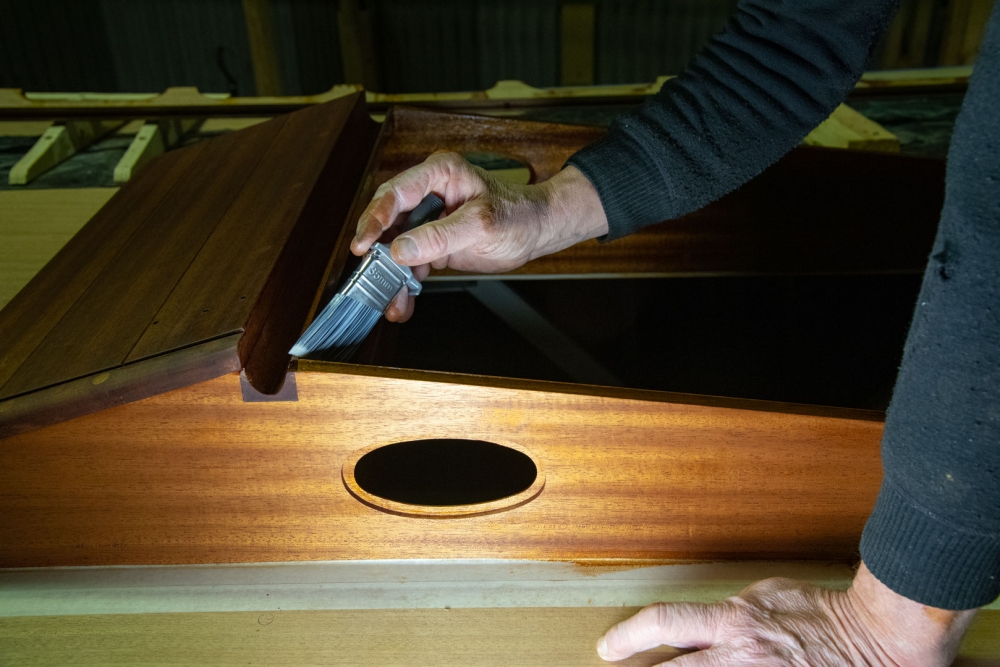 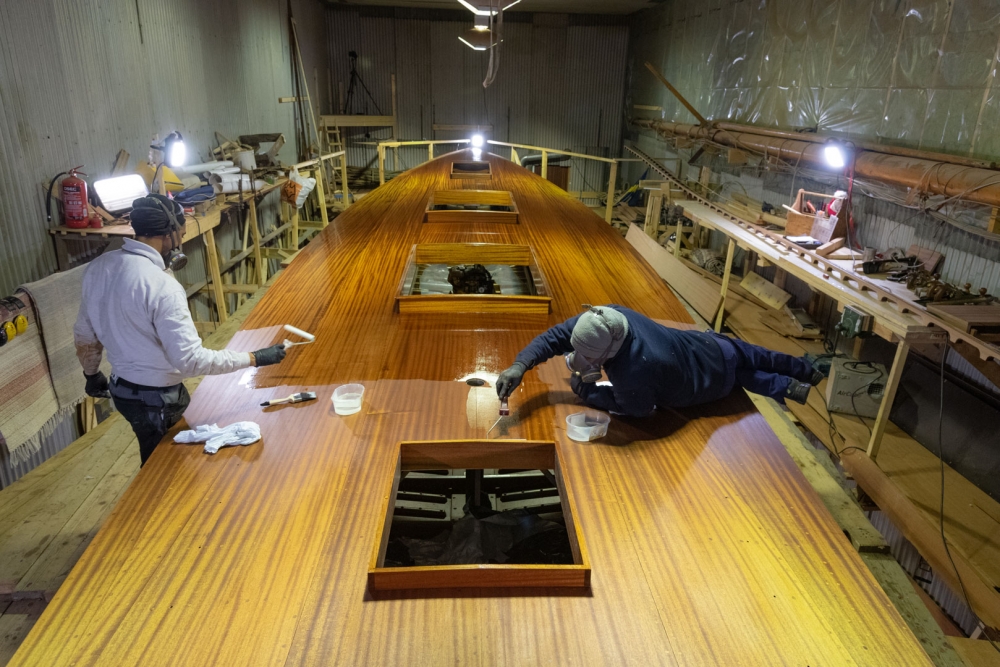 Thanks Leif Wikberg for the images above.

Project manager Bo Eriksson is overseeing the fruition of this restoration project. Ester will have been completely restored, piece by piece. This is a laborious but faithful method of restoration. I was sub-contracted to help realise the centreline and transverse steamed ribs, the planking, deck, deck furniture, spars and the CAD realisation of some of the fittings, including stainless steel hollow rudder and bronze castings. 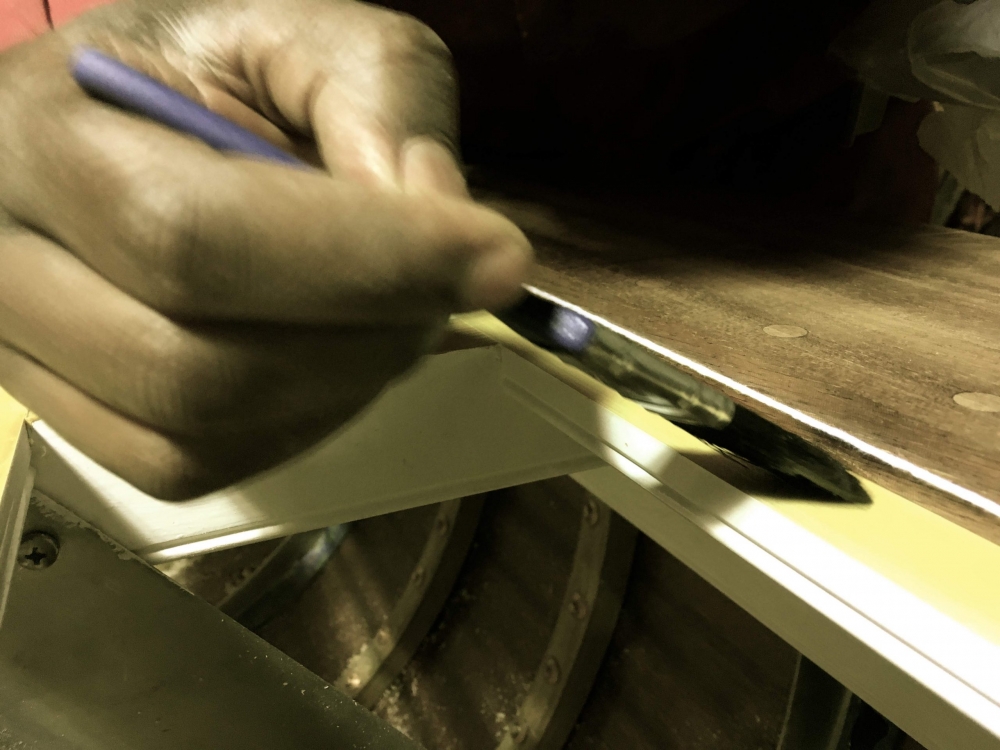 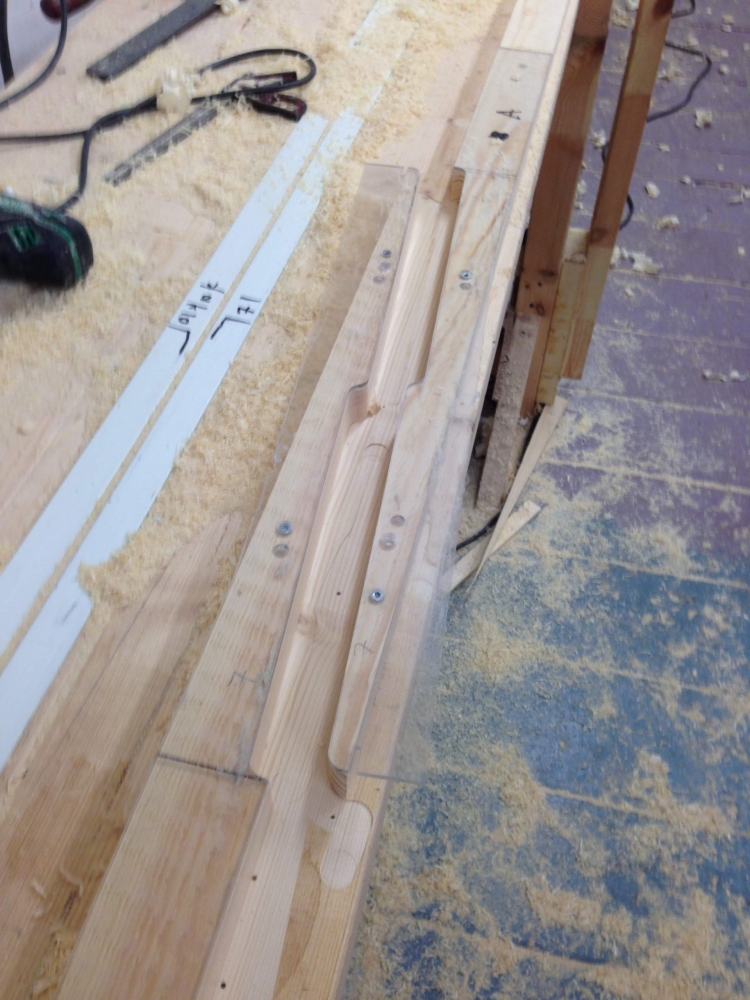 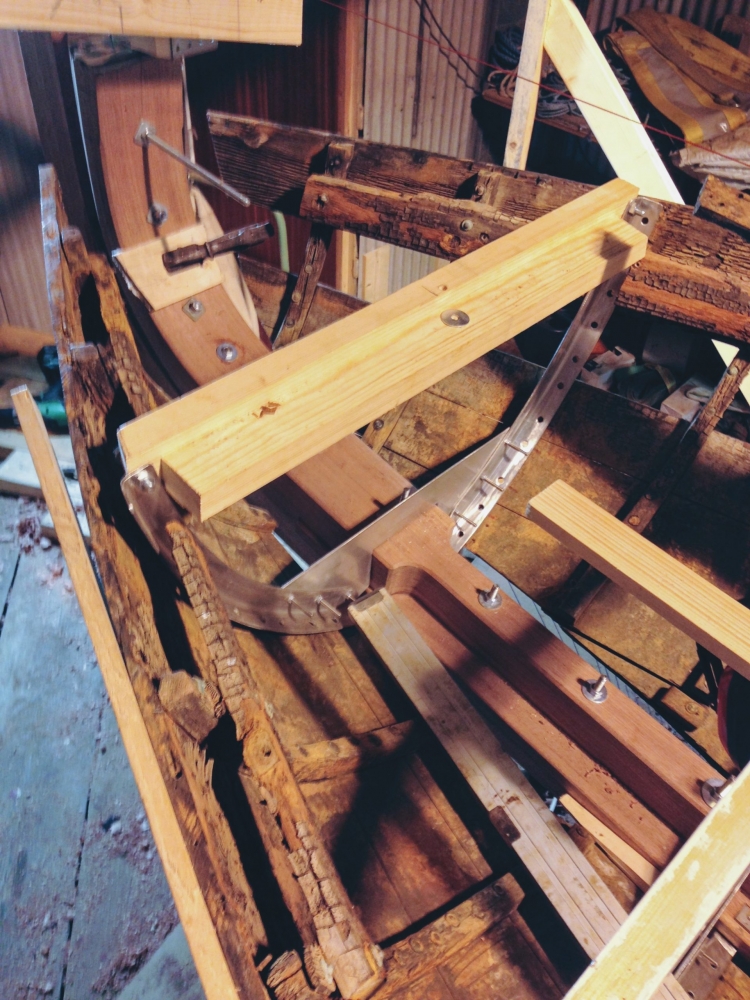 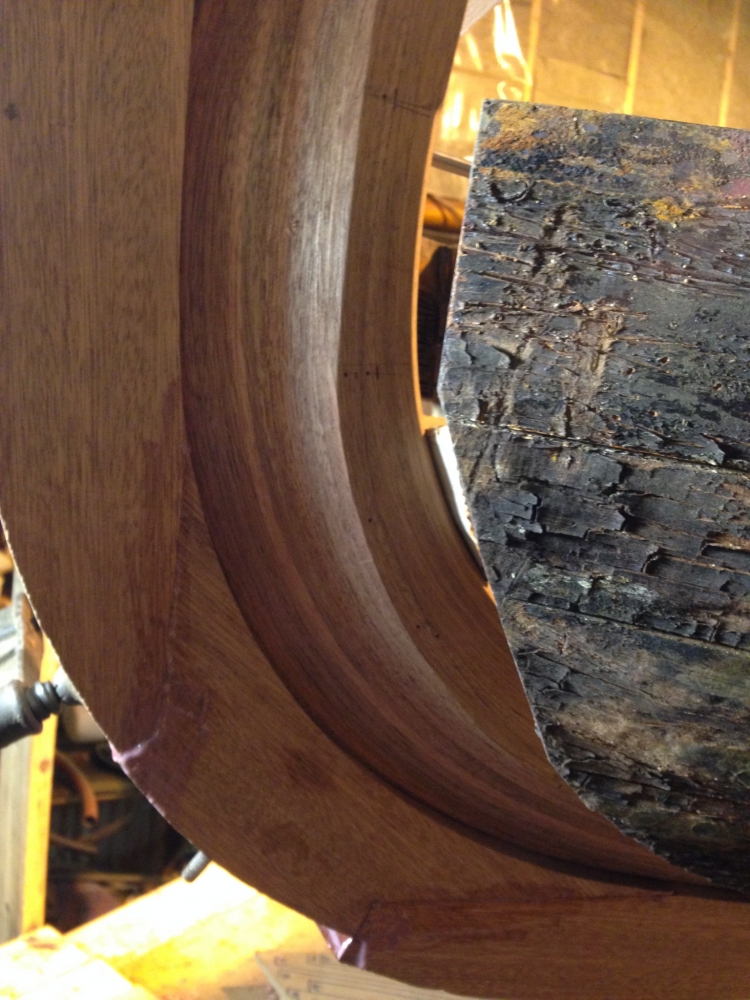 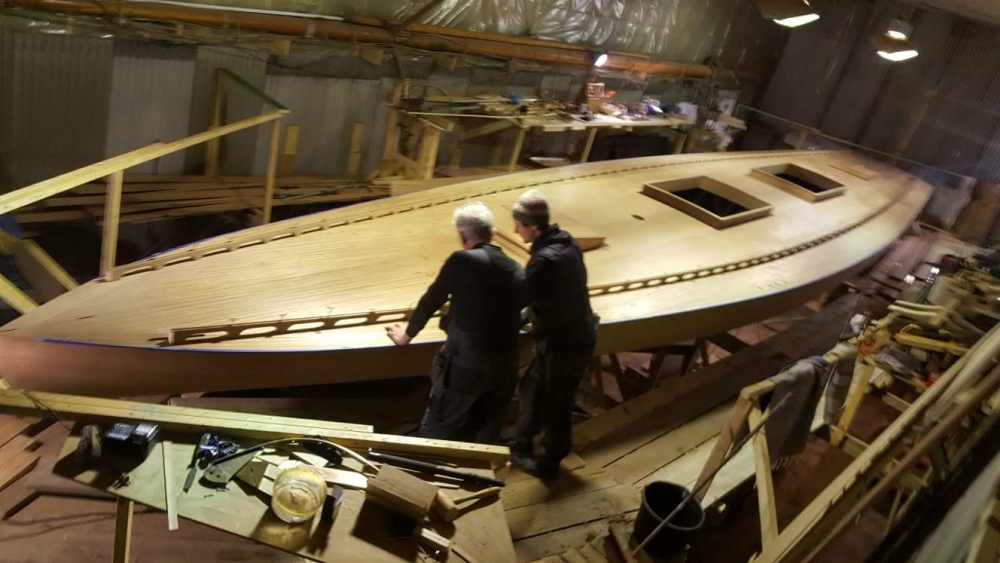 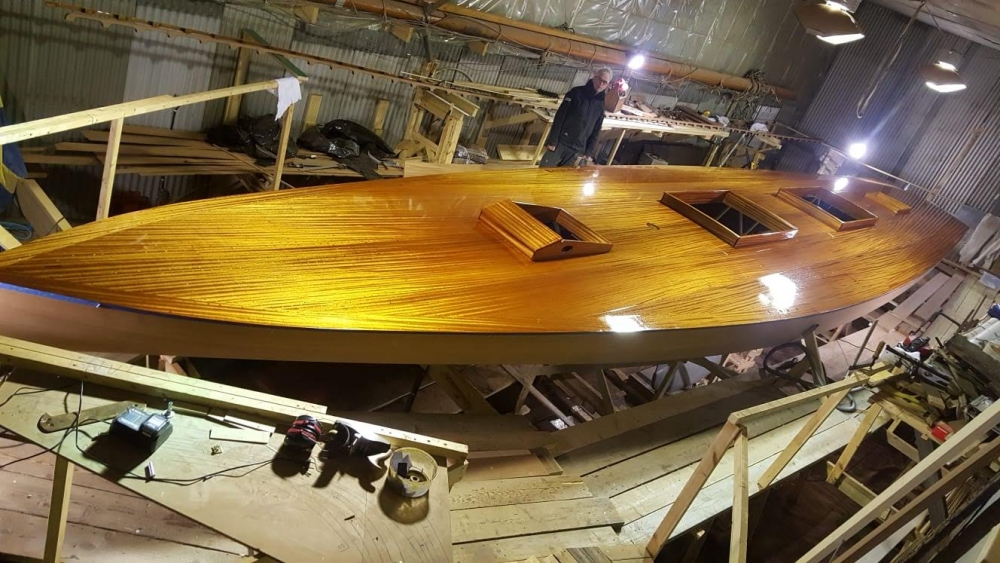 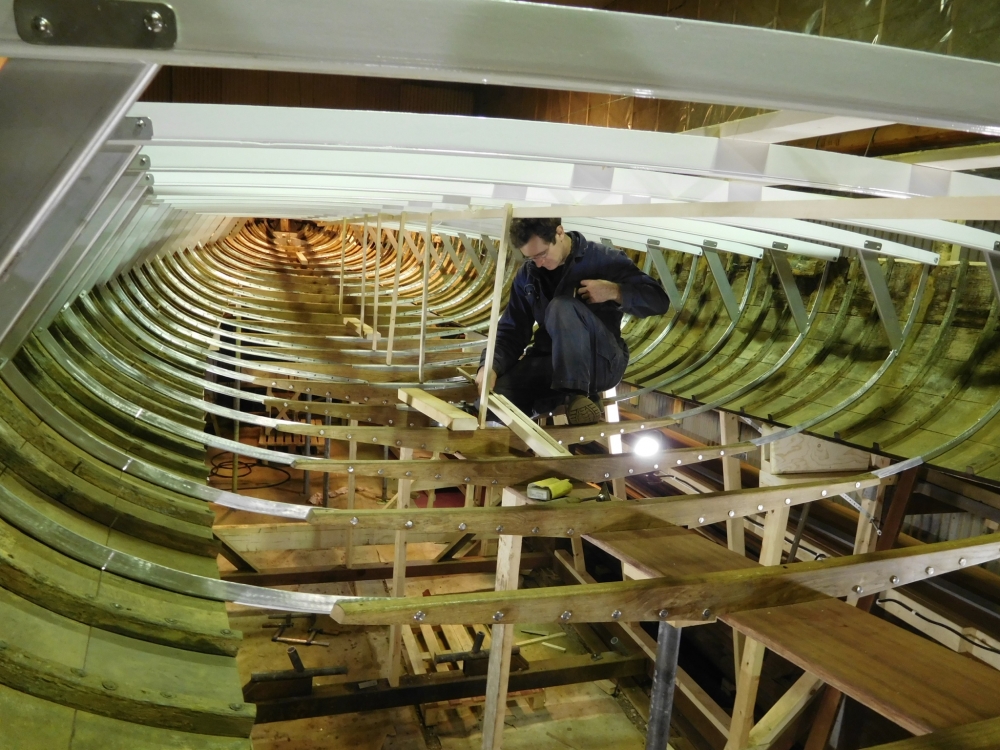 Ester was built during a period of intense innovation within yacht design and may be regarded as an exceptional boat due to the specificity of her purpose and consequent extreme design.

In 1901, Gunnar Mellgren was assigned the task of drawing a boat to race against Finland and defend the Tivoli cup. He created something both beautiful and unique. That year, the Finnish boating magazine Frisk Bris wrote that Ester was a very strange phenomenon and one of the most beautiful yachts created. She retained Sweden’s hold on the Tivoli Cup and went on to race very successfully throughout Sweden.

That summer, Ester earned herself a reputation for perfect shape and great ability. At one point, during a later season, she had won all twenty nine races she had entered. This formidable reputation travelled as far as Gothenburg where many boats were disinclined to engage in the futile race for the Röhss Cup, which Ester consequently won.

She also won SS Aeolus’ distance race, all the races in the Gothenburg Regatta, two races in Norway and the new Gothenburg Yacht Club triangle sailing. It has been said that when Ester registered to race, the result was sometimes declared before the start. For many years, she was the fastest boat of her size in Sweden.

In 1915, Ester disappeared from all registers and only re-appeared in 1933, worn out, renamed Brita and gifted to Örnsköldsvik SS (sailing organisation). Her last results are from the midsummer regatta at Ulvön in 1937 where she was the first to finish.

An autumn evening just outside Järvön, a fire broke out onboard Ester and she sank. The crew were able to save themselves in the dinghy but Ester was lost.

For more than seventy years, Ester lay alone beneath the waves she once conquered and on which she articulated brilliance. Later, onboard a search vessel in 2012, Per Hellgren, Bo Eriksson and Jan Olof Backman peered down through a screen at a distant shape on the muddy bottom.

The dream of rebuilding this iconic thoroughbred is materialising. Ester is beginning a new chapter sailing new waters with new owners and a new crew. She might even get a new broom.