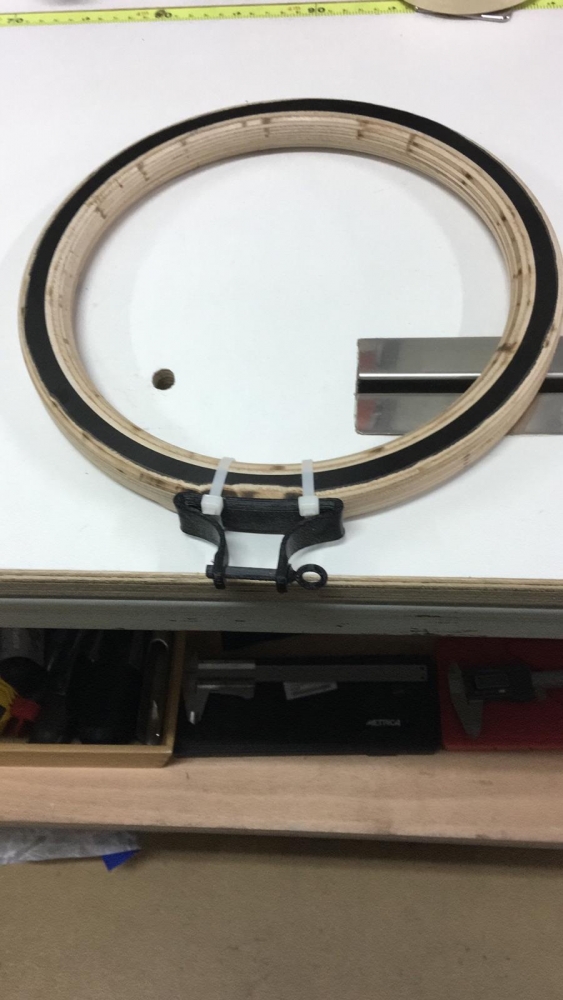 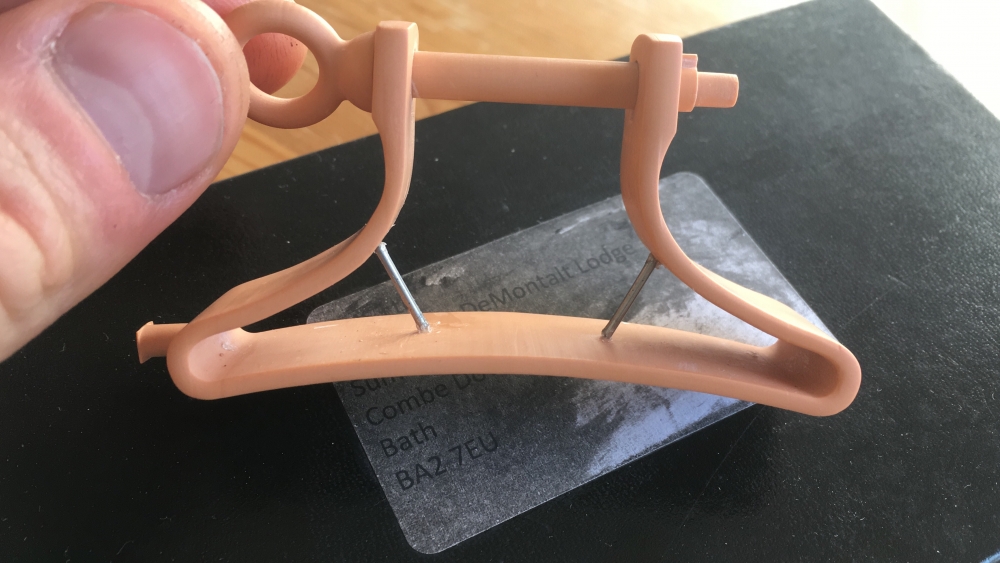 In 1901, the racing yacht Ester used mast hoops to fasten her mainsail luff to the mast. The luff was attached to the hoops in some way that allowed crew to reef the sail easily.

Per Hellgren suggested that I make a design for a toggle to do the job of attaching the luff to the hoop. He gave me a copy of a drawing from a 1901 issue of a Swedish magazine illustrating a bronze or steel shackle/toggle to be lashed to a wooden hoop.

From this illustration, Rhinoceros was used to build a working 3D model from which a few prototypes were printed and tested.

Finally, Chris Darwell printed us a high resolution resin and cleaned it for us, ready to make a mould from.

The first mould was not really good enough, so with the help of Shaun from St Justin a better mould was made and from the first trial casts, a working bronze prototype was made.

A larger batch of items were then cast. They were then individually checked for shape, quality and fit.

Having been polished and the threads glued tight. They were sent to Sweden for assembly on the mast hoops. The leatherwork was made by the skipper of Ester, Laurence Rames. Photographer Leif Wikberg spent some time making some beautiful photographs seen below.